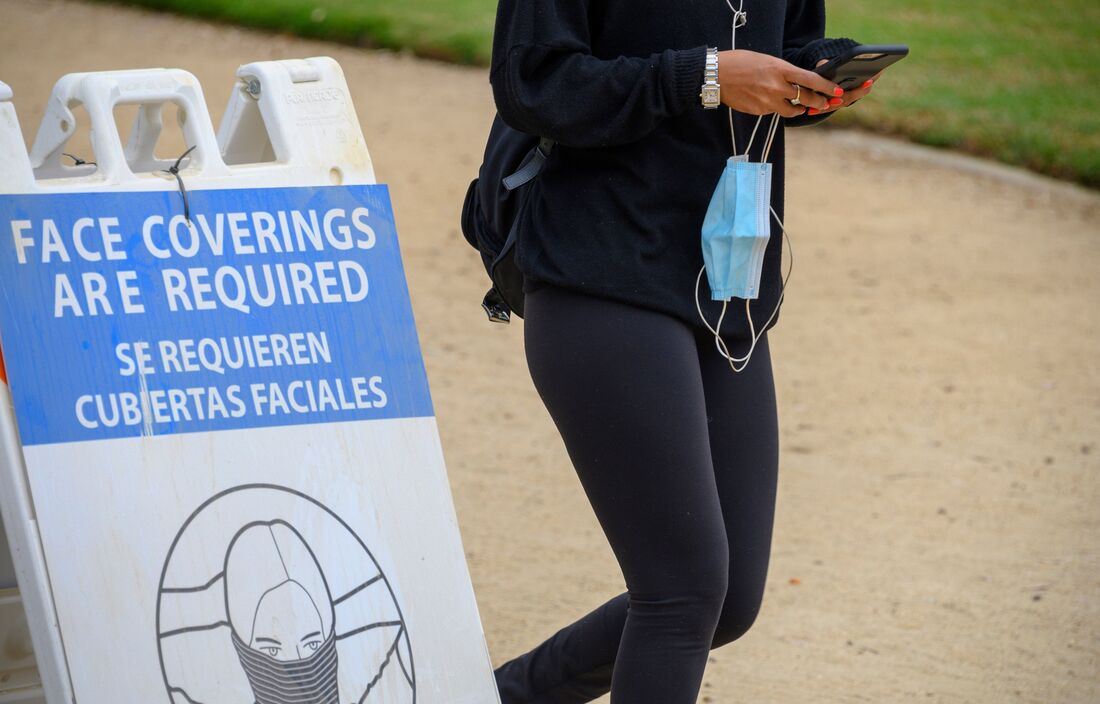 A woman carrying her mask walks past a sign mandating the wearing of face coverings in an effort to control the spread of coronavirus as she walks in Palisades Park in Santa Monica, Calif., on July 25, 2020. 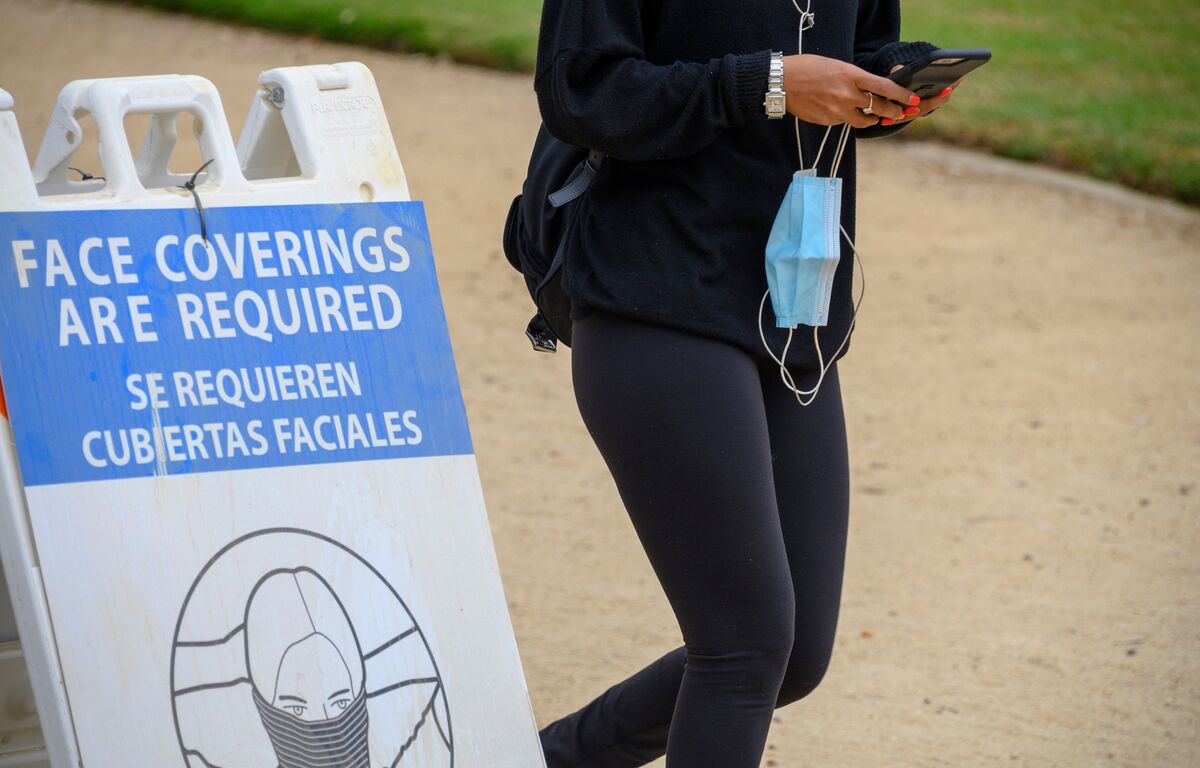 A woman carrying her mask walks past a sign mandating the wearing of face coverings in an effort to control the spread of coronavirus as she walks in Palisades Park in Santa Monica, Calif., on July 25, 2020.

Back in March, California was among the first round of states to issue a stay-at-home order. It was held up as an example of the power of early action.

The state began easing restrictions at the end of May, but then, county-by-county, Gov. Gavin Newsom and local officials reversed course, shutting back down earlier this month.

Now, as July comes to a close, California has the most coronavirus cases of any state: 458,121.

Barbara Ferrer, director of the Los Angeles County Department of Public Health, tells NPR’s Steve Inskeep that while you can never be sure with COVID-19. She says the agency employed “a variety of strategies to mitigate the greatest risk for transmission,” but the community’s ability to adhere to those strategies is a key. In the case of Los Angeles’ manufacturing district, Ferrer says, there’s work to be done. At one garment factory alone, she says, 300 people tested positive. Four people died.

“I think the garment factory was a really good example of people not following our directives: … We found cardboard partitions with holes in them so that the piecework could get passed easily from one station to the other,” Ferrer says. “That’s not the intent of having a physical barrier. And cardboard does not work as effectively as ‘impermeable’ heavy plastic barriers.”

She says the agency is clear in the directives, “but manufacturers have to protect their workers. It’s unconscionable, it’s not moral, to have workers exposed because they’re doing essential work.”

Here are excerpts of the Morning Edition conversation.

When you think about garment jobs, or meatpacking jobs, these are tough jobs. They’re often done by immigrants. We’ve reported Black and Latinx communities have been especially hard hit by the pandemic. What are you seeing in LA?

If you look at who’s hardest hit in LA County, and I don’t think we’re unique, you’re gonna find our Latinx population is the hardest hit, followed closely by … African Americans, Native Hawaiians, Pacific Islanders. I think it is driven by workplace exposures. And then people go back to their homes, with multi-generational family members living together. It’s the perfect storm for a lot of spread. If we ask people to isolate and quarantine, they need support. We need a social safety net. You can’t really be choosing between, ‘Am I going to be able to feed my family and pay my rent?’ Or, ‘Am I going to be able to quarantine when I’m told I am a close contact?’

What impact will schools not opening fully have on working people?

It’s mixed. … I think some working people really are worried about their children going back to school. Here in LA County, we obviously are seeing our highest numbers of cases over the last few weeks than we’ve ever seen. And I think there’s legitimate worry amongst the staff and the teachers that would need to go back. But we do have to have solutions for child care. And we need to make sure that those child care or extended-day programs for school-aged children are run effectively and provide all of the safety precautions.

Do you assume that there will be remote learning for the fall semester?

I think it’s up to all of us. Our state has set a threshold that you have to meet in order to be able to open your schools for in-classroom learning. We haven’t met it yet in LA County. We’re in good company — I think 34 other counties here also haven’t met that threshold. So we know what we need to do if we want to open up our schools again.

It’s going to require every single person and every single business to get back into the game, to feel comfortable that they know what they need to do to slow the spread.

Listen to the full interview at the audio link above.

Taylor Haney and Steve Mullis produced and edited the radio story. Emily Alfin Johnson adapted it for the web.