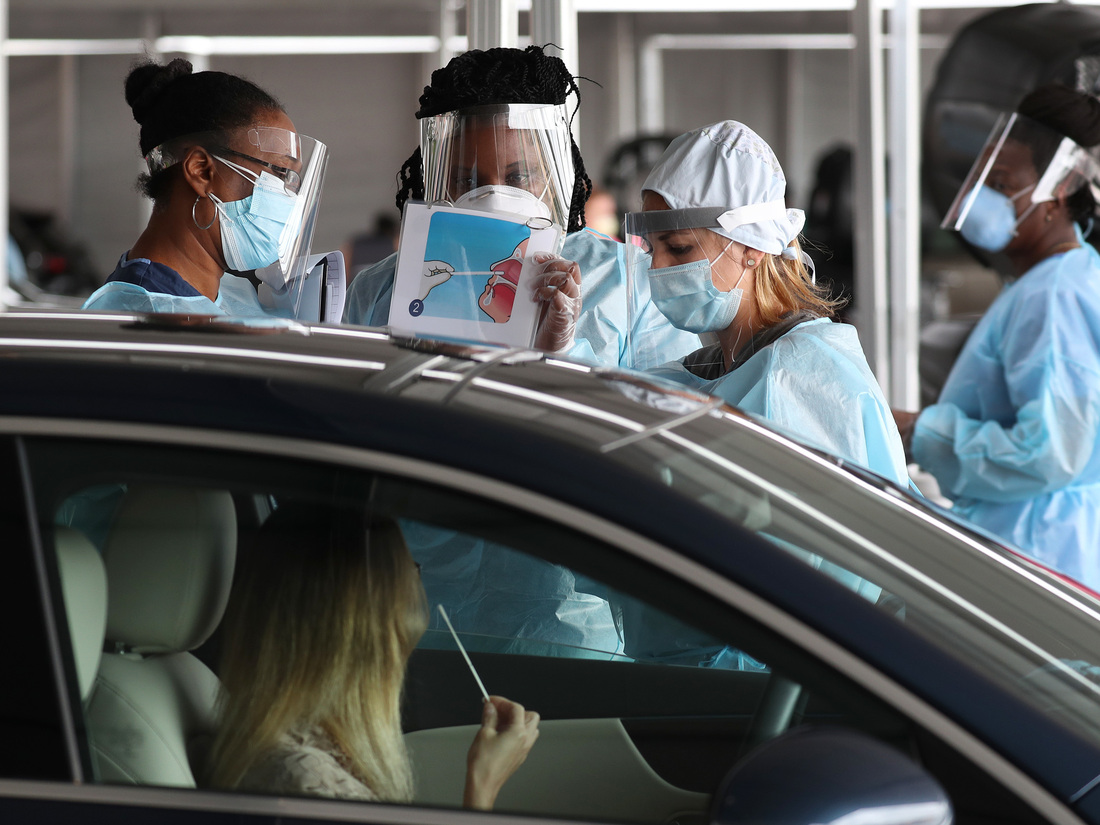 Health care workers at a coronavirus testing site last week in Miami. More than 150,000 people have died from the coronavirus in the United States. 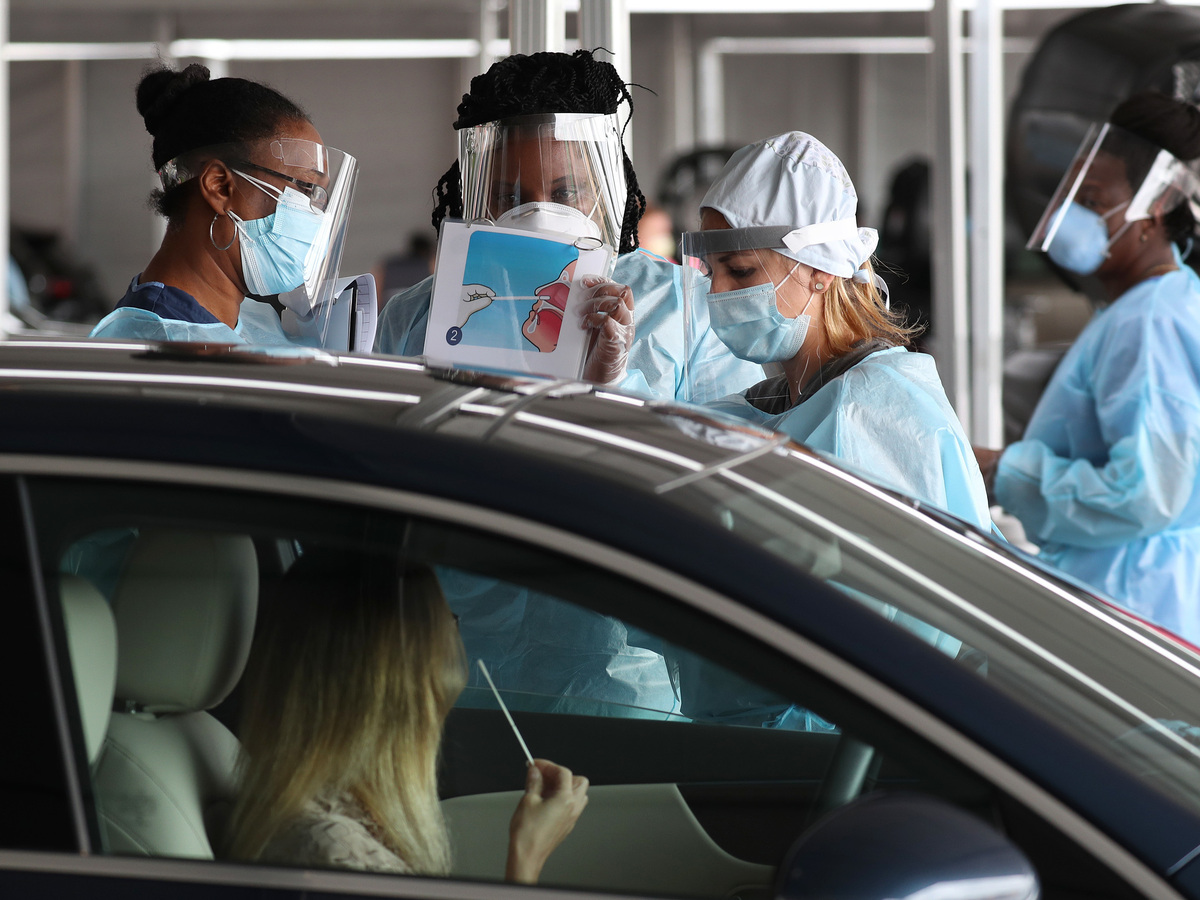 Health care workers at a coronavirus testing site last week in Miami. More than 150,000 people have died from the coronavirus in the United States.

The United States crossed a grim milestone Wednesday, with more than 150,000 lives now lost as a result of the coronavirus.

The U.S. death toll is the worst in the world, by a large measure. Despite having less than 5% of the global population, nearly a quarter of the 662,000 deaths reported during the pandemic worldwide have occurred in the United States. The next-worst toll is in Brazil, which is reporting around 89,000 deaths.

Overall, the U.S. has confirmed nearly 4.4 million coronavirus cases – a figure that includes nearly 1.4 million patients who have recovered from COVID-19, according to data compiled by Johns Hopkins University.

Despite the massive death toll and alarming spikes in new cases, President Trump continues to push for a national reopening, including a plan to tie federal funds to students’ return to in-person classes when the new school year starts.

The pandemic is taking a horrible toll on Americans and their economy, even as federal and local officials struggle to contain the coronavirus — and in many cases, to agree on a basic level about what preventive measures should be taken.

As cases of the virus have surged in recent weeks, Trump has struck a more somber tone when discussing the pandemic. Last week, the president urged widespread mask usage after months of insisting the expert-recommended safety measure is merely a personal choice.

After hitting a plateau in the spring, the rate of new coronavirus cases has risen to staggering heights in a number of states across the South and West this summer. Experts now warn that rising cases of the virus are traveling up the East Coast, and that the Northeast could see a new spike in cases as well.

The current U.S. death rate is far below its height in April and early May when thousands of deaths were regularly reported. But the national fatality numbers have recently edged upward, topping the 1,000 mark on four consecutive days last week.

Florida reported a record number of deaths Wednesday, with 216 fatalities. It’s the second day in a row that the hard-hit state has set a new mark — after reporting 186 deaths on Tuesday. Also on Tuesday, Arkansas logged its highest one-day death count from the coronavirus yet.

In terms of overall population (both healthy people and those confirmed to have the coronavirus), the U.S. mortality rate is roughly equal to that in France. Both countries report more than 45 deaths per 100,000 residents.

In the world of sports, Major League Baseball has been leading the way in resuming games. But at least 17 players and staff members of the Miami Marlins have contracted the virus as games resumed last week. The league has now put the Marlins’ season on pause.

On the political front, Republicans have rolled out their latest proposal for a fifth round of coronavirus relief — but the plan has already found opponents both with Democrats and within the Republican Party.