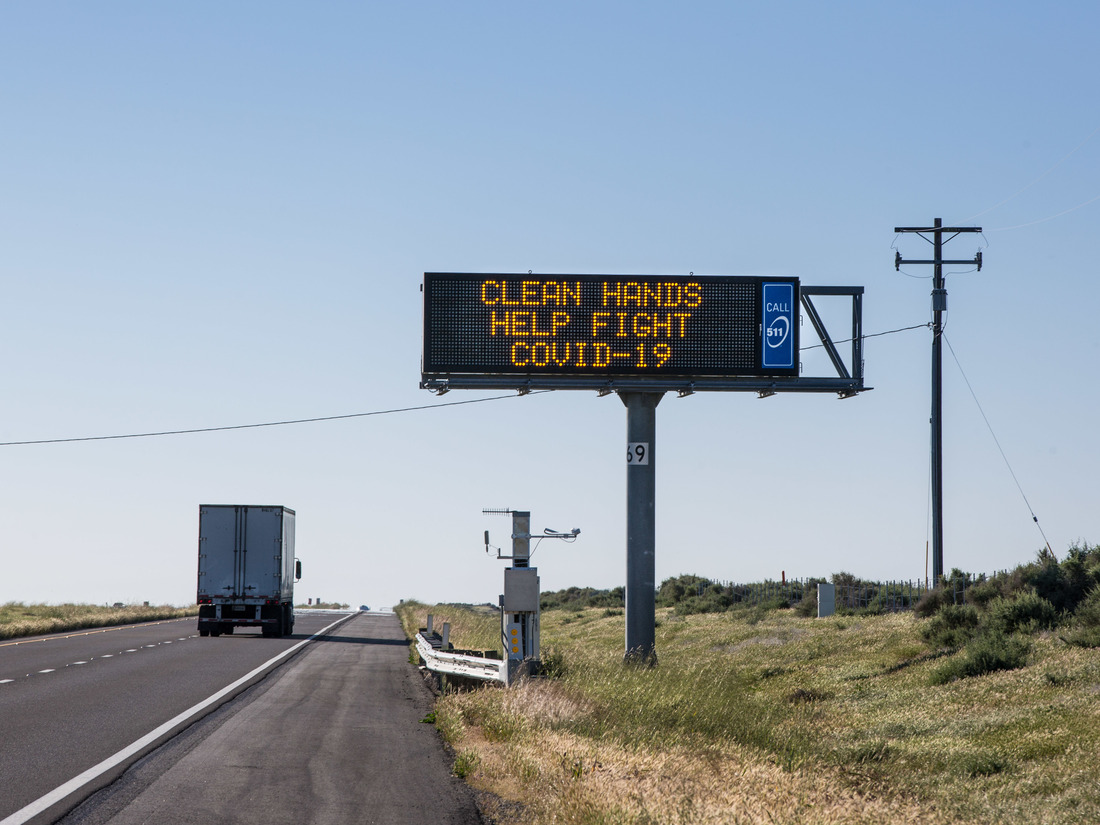 Kern County, shown here in April, is one of eight counties in California’s Central Valley that will receive federal funding and resources to help relieve inundated hospitals and mitigate the spread of COVID-19. Kern County, shown here in April, is one of eight counties in California’s Central Valley that will receive federal funding and resources to help relieve inundated hospitals and mitigate the spread of COVID-19.

Help is on the way for California’s Central Valley, where hospitals are inundated with coronavirus patients and local infection rates far outpace the statewide average.

Gov. Gavin Newsom announced a slate of new state and federal resources for eight Central Valley counties in a press briefing on Monday. He also addressed the importance of protecting the populations that are hardest-hit by the virus: essential workers, the Latino community and people who live in congregate settings.

“While we see [the] positivity rate in the state of California growing modestly … it’s not happening evenly in every part of the state,” Newsom said. “There are certain parts of the state, certain regions in the state and certain sectors of our economy that are disproportionately impacted by the transmission of this virus.”

Newsom said that positivity rates in those Central Valley counties range from 10.7% to 17.7%, compared to the state’s 14-day average of 7.5%.

Between 41% and 65% of the residents of any given county in the Central Valley are Latino, according to a statement from the governor’s office. Latinos are disproportionately impacted by the coronavirus in the Central Valley region, as they are statewide — comprising 38.9% of California’s population but 56% of cases and 45.7% of deaths. In Fresno County, for example, they comprise 52.6% of the population but 65% of COVID-19 deaths.

In response to the region’s staggering numbers, the state is investing $52 million to improve quarantine, testing and contact-tracing protocols, and to provide additional health care support and personnel.

Newsom said the funding is part of a $499 million grant from the Centers for Disease Control and Prevention, and will build off of existing local infrastructure.

It is not the only form of support coming from the federal government.

The Department of Defense is sending 190 health care personnel to supplement hospitals in the area, which are increasingly strained as COVID-19 patients fill up regular and intensive care unit beds.

California Health and Human Services Secretary Mark Ghaly said at the briefing that in the Central Valley, infections range from 250 to 450 per 10,000 people, and the rate of transmission continues to increase.

He added the 45 hospitals in these eight counties are “feeling the pressure.”

“Some of the regular hospital beds that we depend on for everyday care are filled up with COVID patients to the rate of 65%,” Ghaly said, adding the same is true of ICU beds.

The state is also deploying three strike teams to the area to work with local public health, emergency, medical, community and business organizations on efforts to mitigate the spread of COVID-19.

Similar teams were previously sent to Imperial County to boost public health efforts and manage outbreaks at congregate settings and workplaces. Newsom said those efforts helped shrink the local 14-day case rate 63%, from 836 cases per 100,000 to 308 cases per 100,000 people.

He said that Southern California, and the Los Angeles area in particular, remain a concern.

At the state level, Newsom said hospitalization numbers and ICU admissions are still increasing, but at a more modest pace than they were in the several weeks prior. The average number of deaths per day in a seven-day period increased from 91 to 109.

California is among the states experiencing a significant resurgence in coronavirus cases. It rolled back parts of its reopening to try to reverse the trend, and closed bars and several types of indoor businesses earlier this month.

According to LAist, the 37 counties on California’s coronavirus monitoring list are home to 93% of its population.